Bullseye pistol matches are a very well regulated NRA governed discipline.  We use NRA classification and the NRA rule book to classify and regulate our matches.  Our NRA approved 2700 Bullseye Matches are held on the first Saturday of every month April through October with an unsanctioned “Top Gun Invitational 2700 Match” on the first Saturday of November every year.  Shooting starts at 9:15 am sharp with a 10 minute sight-in period followed by the .22 caliber match, the center fire match and the .45 caliber match.  We break for 10 minutes between the .22 and center fire matches and for lunch between the center fire and .45 matches… read more

The .22 caliber benchrest match is for ARPC members and their accompanying guests from April through October on the 2nd Sunday of the month beginning at 9:00AM (please show up by 8:45) and ending about 10:30AM.  The match begins shooting at 100 yard targets to take advantage of the calmer early morning wind and concludes with the 50 yard targets.  The 100 yard target is the IBS 200 Yard Hunter Rifle Target and the 50 yard target is the USBR 50 Yard Target.  Shooters fire 25 record rounds at each target/distance plus sighters…  read more

Smallbore Silhouette Shooting Matches are an arcade-like rifle shooting event using a scoped (usually) .22LR rifle.  There are 4 different animal-shaped targets, each at their own, known distance – i.e. Chickens at 40 meters or nearly 44 yards; Pigs at 60 meters or nearly 66 yards; Turkeys at 77 meters or 84 yards and Rams at 100 meters or 109 yards… read more

Cost is $10 that includes the use of a club M1 Rifle and three clips of 8-rounds of 30-06 ammunition. Competitors are free to use their own military rifle and their own ammunition. See the range calendar for scheduled matches. This match is open to members, probationary members, and their immediate family only.

A “military rifle” is one that would have been issued to an enlisted man in any army in any war but nothing that is full automatic or selective fire. No sporterized rifles with military actions are permitted. Rifles must have open or aperture iron sights. They may not have scopes, dot or electronic sights. All firing will be from the bench with no artificial support. The rifles may have slings and slings may be used. The use of a shooting coat is permitted. Padding for the supporting elbows is permitted. Target will be a SR-42 type fired at 100 yards. Course of fire will be 8 rounds slow fire in 8 minutes; 8 rounds timed fire in 60 seconds; and 8 rounds rapid fire in 40 seconds. Time for reloading particularly bolt action rifles holding less than 8 rounds is included in the allowed time. Ammunition only for rifles using 30-06 ammunition will be provided. Reloaded ammunition is permitted. No armor piercing or incendiary rounds are permitted. Only shoot once for record even with your own ammo. 4 club trophies to be awarded using the Lewis System.

Centerfire Rifle – UBR Matches will be held every first Saturday from May through November with registration at 7:30am and the match beginning at 9:00am and continuing until finished, probably by 3pm. Pre-registration is required to Shelley Gudger, shellsisland@yahoo.com  The matches are intended for ARPC members and their guests. The competition is held at both 100 and 200 yards, and the targets are the UBR standard targets for .224, .243 and .308 calibers.  Any scoped centerfire rifle up to 30 caliber is welcome.  Competitors shoot 6 record shots per match target, with four match targets being shot for an aggregate of 24 record shots per yardage.

Shooters of any skill level are welcome and  this is an easy way to get the feel of competitive shooting.  If you are new to the sport, experienced shooters are available to coach you and answer any questions you may have.

Do you have a 50 caliber Hawken rifle collecting dust in your gun safe ?  How about an inline muzzleloader you bought years ago and only used for one deer season ?  Well dig that old smoke-pole out of your closet because we are going to give you a reason to use it.  The Asheville Rifle and Pistol Club is sponsoring a muzzle loading rifle match where you can use any kind of muzzle loading rifle. 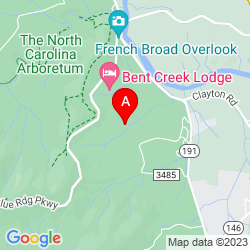